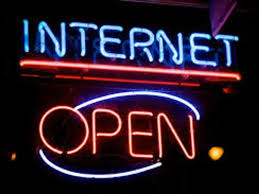 The Birth of Net Neutrality

In 2005, the FCC's Open Internet Policy Statement affirmed consumers' rights to access lawful content, applications and services of their choice in a competitive marketplace. While ISPs can be classified as common carriers, the policy still requires them to adhere to net neutrality requirements: specifically, that they will not prioritize certain traffic over others thus creating Internet “fast lanes" for some users such as "premium subscribers" while the rest of us use "slow lanes." Nobody wants broadband providers to block or throttle traffic or providers to raise fees. ISPs have made legally enforceable commitments not to engage is these activities.

Title I and Title II - The Core of Net Neutrality

Now, FCC Chairman Ajit Pai is working to reverse that classification - broadband internet access would become an “information service” under Title I of the Act. This could dramatically change the net neutrality landscape because Title II provides consumer and online businesses protection against “unjust or unreasonable” practices of ISPs. Title I does not, and without Title II classification, the FCC would not be able to enforce its net neutrality rules.

Independent businesses, websites and apps could suffer huge impacts from "fast lanes" or other types of digital discrimination from extra costs needed to compete with big cable companies. If broadband providers are able to block streaming content and internet-based communication, smaller or independent companies may not be able to grow in the free market. No net neutrality could mean a consolidation of the already big companies as well as not giving the next digital innovators a lane to compete in.

And consumers? We are already experiencing mergers of companies making services less and less competitive. But ending net neutrality could give big broadband providers the opportunity to make it less attractive to access your favorite streaming sites by creating "fast lanes" (otherwise called "raising prices").

On July 12th, the Internet will band together for A Day of Action to raise awareness of net neutrality and stop the FCC from giving big cable companies control over our online lives.

"Getting rid of Title II would lead to even more centralization, handing more power to the largest Internet companies while stifling competition and innovation. In a time when there are too few companies with too much power – we need net neutrality now more than ever," says Evan Greer, campaign director for Fight for the Future, one of the main organizers of the net neutrality day of action.

Join Digital West and many other websites, companies and organization to protect our Internet. We represent a wide variety of online communities, perspectives and missions but we all agree: we must defend net neutrality. Learn more about The Battle For The Net now and after July 12.