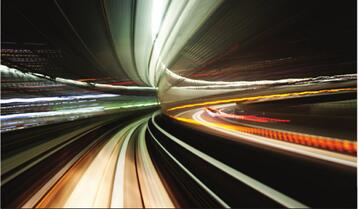 This article, written by Mike Spieldeneer and recently published in the NEF newsletter, provides a good overview of the dilemma businesses and communities will soon be facing with respect to broadband.

The internet is nothing more than connections—albeit billions of them. For the uninitiated, there are three key components to the internet’s physical architecture that are required to deliver content to end-users:

In the last three to five years, there has been phenomenal growth in the metro fiber and interconnection points across the U.S. New data centers are popping up everywhere, as investment dollars have ridden the growth trendline to towns and cities all across America. The same statement applies to the metro fiber networks. Cable companies and other providers have replaced their old copper infrastructure with fiber...This kind of growth will only continue as new fiber is built for the nex-gen wireless deployments.

The ominous, dark cloud hanging over this broadband joy-fest is the fact that the existing national long-haul fiber network was built to support systems, broadband demands and forecasts that existed at least 20-30 years ago. Most of the deployed fiber system follows a highway, a railroad track or a high-tension power line system – with the vast majority being on the rail-bed. The architecture was laid out to interconnect the major cities, providing some sparse options for interconnection points in between. Further feeding the problem are mega-mergers like CenturyLink’s Level 3 acquisition and Verizon’s XO acquisition have put the bulk of the long-haul fiber and conduit systems in the hands of three companies: CenturyLink, Verizon and AT&T. Certainly, other companies have long-term fiber leases, duct leases or their own sporadic-yet-individual pathways, but it is important to note that most of these providers follow the same paths which are, in some cases, separated by a few inches of soil. This is creating a funnel effect with a lot of amped-up demand traversing across a limited and aging backbone owned by an exclusive group of companies. Since net-neutrality is dead, what would stop these providers from simply saying "no" to renewed leases or driving the prices higher? 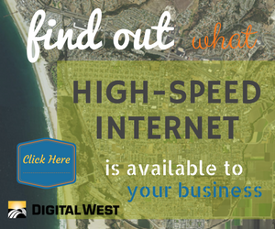 There has been very little in the way of new long-haul system projects. Most of the newer projects are built to solve a very specific route problem or opportunity. Furthermore, the bulk of new projects are located on the east coast in areas that are relatively close to one another (within 200 miles). It takes years to plan, permit and operationalize the construction of new long-haul systems. The cost of a new broadband backbone would be well into the billions. However, if we don’t invest something in one of the most important components in our infrastructure, the country as a whole will suffer. This is no different than fixing our highways and bridges, as the entire economy has evolved around broadband in one way, shape or form. As more users on more devices connect to the IoT, data usage will continue to skyrocket. However, the inherent bottle neck of a few large companies controlling the vast majority of the broadband network might pose the biggest obstacle in the way furthering broadband infrastructure investments.